Waste Warriors, or salon owners part of Green Circle Salons, are keeping people and the planet beautiful. Palace Flophouse in Grand Rapids is one of them.

GRAND RAPIDS, Mich. — It’s an international movement to crack down on waste inside hair salons. By joining the movement and becoming what’s called Waste Warriors, salon owners around the world are keeping people and the planet beautiful. Palace Flophouse in Grand Rapids is one of them.

Ann VanWeaver is the owner and a master stylist. She describes the salon as being “in the Uptown area. We’re on Wealthy Street. We have really amazing shops around us.”

She tells 13 ON YOUR SIDE that it’s time for hair salons to start making a change.

“There is a lot of waste in this industry. We have foils that we’re pulling and they typically go in the trash, color that we haven’t used would go down the drain and would be in the water system. Even hair, when it’s swept up, typically would go in the trash,” said VanWeaver.

Palace Flophouse is one of about 16,000 Waste Warriors around the world, according to the Green Circle Salons website. It’s an initiative where salon owners are given specific containers to collect hair clippings, foil, even leftover hair dye.

VanWeaver explained how it works, saying, “The hair that’s swept up, that goes to oil spill cleanup and then, also, the foils. Those are used for metals for bikes and car parts.”

She says she pays about $500 every month to take part, a fee the customers help to cover, making them all Waste Warriors.

“Our customer base is a more environmentally-conscious group, and so not one client has ever had an issue paying the extra – we just tack on $2 per service,” said VanWeaver.

According to its website, Green Circle Salons has been around since 2009. In that time, they say they’ve helped to keep more than 1.2 million pounds of beauty waste out of our landfills and waterways. 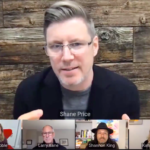 On November 7, SALON TODAY partnered with Green Circle Salons to offer a complimentary webinar on a critical topic for… 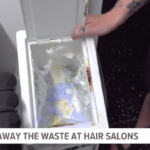 Waste Warriors, or salon owners part of Green Circle Salons, are keeping people and the planet beautiful. Palace Flophouse in… 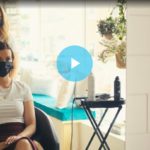 Thank you for taking the time to build out your custom program estimate. You are one step closer to starting your journey to make people and the planet beautiful.

You have qualified for our Boutique program! This is an online opportunity for salons that need less program supervision from Green Circle Salons to participate in the mission to Make Beauty Beautiful.

For more information about our Boutique program, click here

If you have any questions about this program, our Member Success team is here to help! You can reach them at 877-424-3327 or info@greencirclesalons.com.

If you’re ready to get started click the link below!

Based on the information you provided, here's what your program could look like:

2) Amount sent to Green Circle Salons to cover program costs: starting at $ per client: $ per month*

Like what you see? We've sent a summary of this to your email. Please Contact an Educator for more details.

*These numbers are estimates only. Program costs are dependent on the type of beauty waste you send to us.